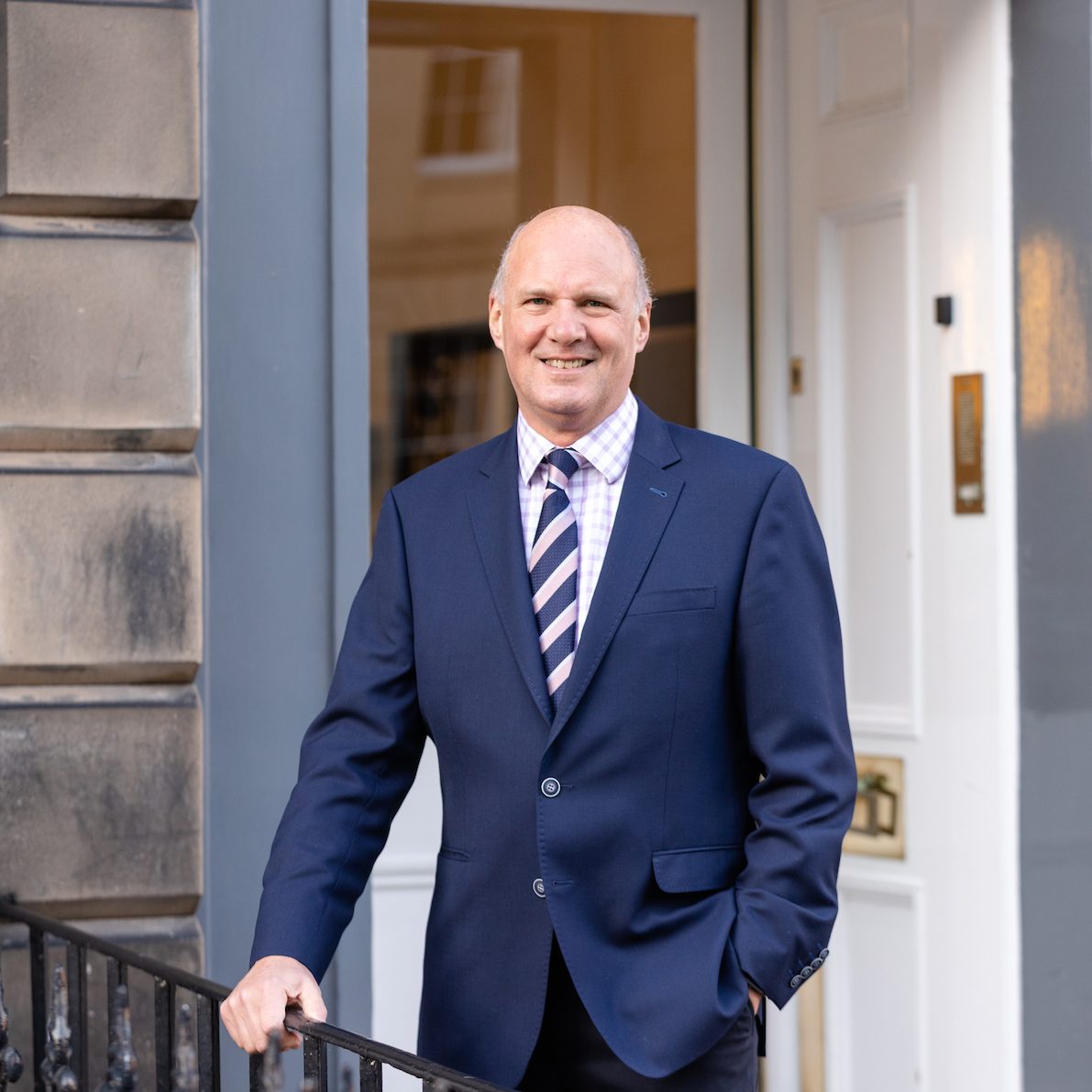 An Officer of the Order of the British Empire (OBE) medal has been awarded to Donald Cameron in the Queen’s New Year Honours List 2019. The award recognises the practice’s former managing director’s remarkable contribution to eye care in Scotland over the past forty years.

A notable honour and richly deserved, Donald has played a pioneering role in the industry, making lasting change and ensuring Scotland is seen as a benchmark for the rest of the UK, providing the highest standards in eye care.

One of three founders of Optometry Scotland, alongside Hal Rollason and Frank Munro, this influential group has tirelessly lobbied the Scottish Government on essential issues relating to eye care provisions, negotiating the new Scottish General Ophthalmic Services Contract (GOS) in 2006. This allowed optometrists to perform a complete examination to find a sight threatening disease at the earliest opportunity as part of the free NHS eye examinations.

The ‘Three Amigos’ also secured £1m per annum to fund the development of an optometry education programme through NHS Education for Scotland, to which Donald was appointed programme director. In this position, Donald drove the introduction of the fully funded Independent Therapeutic Prescribing Course at Glasgow Caledonian University, which in turn has led to hundreds of optometrists now being able to prescribe medication. This gave additional responsibility to optometrists, alleviating pressure on GPs.

In this role, he introduced unique educational opportunities for optometrists, including the establishment of the first UK Teach and Treat clinic in Edinburgh, to further the expertise of numerous optometrists. The training this provided encouraged ophthalmologists to recognise the contribution optometrists could play and the two professions developed an integrated eye care referral system, which won the Royal College of Ophthalmologists Innovation award in 2011 and helped cement Scotland’s position as a leading eye care providers worldwide.

Subsequent negotiations by Donald and his colleagues, also gave grants to Scottish optometrists so that their examination equipment was comparable to equipment found in hospitals. This has been truly groundbreaking, and has still not been replicated anywhere else in the world. The latest referral statistics demonstrate how practices can effectively handle cases in the community rather than in hospitals or GP surgeries, reducing the burden on the secondary NHS care.

Donald’s most significant educational achievement has been the foundation of the masters in Primary Care Ophthalmology for Optometrists through the University of Edinburgh Medical School (2014). A second course was created the following year and the courses now have over 80 global students. Such is its success that it won the Queen’s Award for Education in 2015.

Through his practice, Cameron Optometry, he and his team, developed a specialism in fitting therapeutic contact lenses, taking referrals from the Princess Alexandra Eye Pavilion in Edinburgh, as the practice continues to do. Now retired, he still continues to work through the University of Edinburgh to raise the standards of eye care.

The impact that Donald has made on the optometry profession in Scotland is remarkable. He said, “It is a great honour to receive this award. I have always felt strongly about the importance of education as the route to professional advancement. I believe this approach has helped change the way optometry professionals practise in Scotland to the benefit of both the general public and the NHS.

“Probably the professional highlight was receiving my own NHS prescribing pad which enabled me, as an independent prescribing optometrist, to issue prescriptions for patients for the first time, alleviating pressure on GPs and hospitals. That could never have happened without the involvement of a team people committed to seeing the profession develop in this way.

“Scotland continues to be a world-leader in eye care provision and the future looks very bright for the industry.”

Some of you may remember, pre-pandemic, we started raising money for the Guide Dogs Scotland Name a Puppy campaign. Our efforts faltered slightly in the last year for obvious reasons but now we're bac...