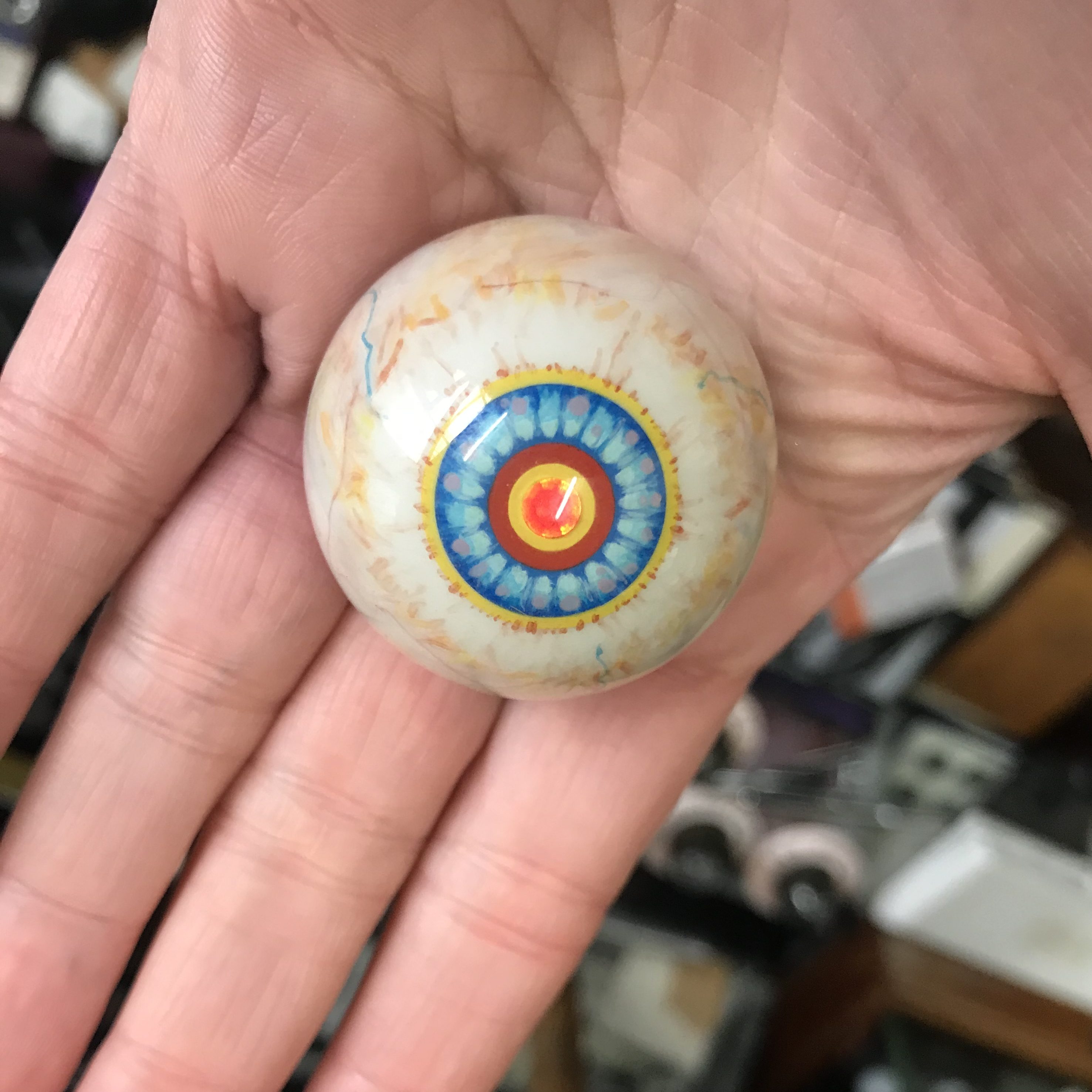 Cosmetic lenses created for our patients (and for Hollywood blockbusters)

Heather Muir and Heather Grandon headed south to Hemel Hempstead to Cantor & Nissel, the company we use to manufacturer cosmetic lenses for our patients. We have used the company for many years, creating cosmetic shells, as they hand paint details onto them to create a very realistic appearance. The end results they have created for many of our patients have been truly life-changing for them.

Cosmetic lenses can be used for patients with conditions including white pupils (leukocoria) and white eye, where the eye begins to scar on the outside. A cosmetic lens with a painted iris and pupil is created to match the good eye. Another condition is misaligned eyes, where one may point in the wrong direction and if surgery can’t straighten the eyes up, a large lens can be fitted to match the other eye, effectively correcting the appearance of a squint. A prosthetic shell can be used for conditions such as a shrunken eye (phithisical eye), and also used is if an eye has been removed. Our patients have been delighted with the lenses and shells created by Cantor & Nissel, however, it isn’t just patients that they create lenses for.

The company is heavily involved in the film industry across the world. They are the leaders in special effects contact lens manufacture and have created lenses for Hollywood blockbusters such as the Marvel films, Star Wars, the eye from the hobbit in Labyrinth. Many of their lenses are actually reactive, to achieve incredible visual effects. Zombies, monsters, vampires, animals, they have covered them all.

The work they do is so intricate and realistic, making realistic lenses for people requiring prosthetic shells, as well as jaw-dropping appearances for films weird and wonderful characters. Here are some pictures of the craftsmanship in action. 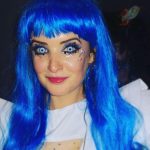 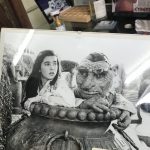 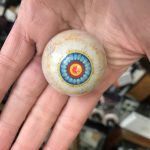 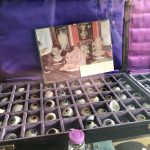 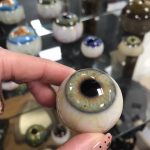 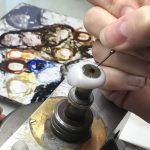 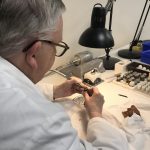